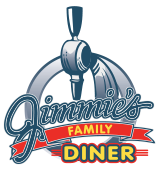 The history of Wichita would not be complete without two names: Walter L. Anderson and A.J. “Jimmie” King.

Walter Anderson started our nation’s first hamburger stand in a rented and remodeled streetcar in Wichita. It was so successful that he opened two more and in 1921 — when Wichita was bustling with 75,000 people — he opened his fourth. It was constructed to represent what was to be its official name: White Castle, a symbol of purity, cleanliness and stability. Maintaining these high standards, White Castle found notoriety in Wichita and the Midwest.

A young entrepreneur, A.J. King went to work in the White Castle restaurants, where he quickly caught the eye of management. He mastered all phases of the business early on. King purchased the Wichita branch of White Castle in 1938 and changed the name to Kings-X. His management skills and dedication to quality were what carried the venture through the turbulent World War II years, and expansion began almost immediately. The public responded well to good food, cleanliness and reasonable prices. The King family management astutely predicted the public’s changing needs, and the businesses were expanded into full-service family restaurants.

The Kings’ son, Wayne, built and opened Jimmie’s Diner on North Rock Road in 1987 as a tribute to his father. In 2007, Jimmie’s Diner and Kings-X were sold to fellow Wichitans Jack and Linda Davidson.

In 2008, the Davidsons’ son Joe joined the family business and currently serves as the general manager for the restaurants.

The spring of 2012 marked the 25th anniversary of Jimmie’s Diner, and the opening of a second Jimmie’s Diner location at George Washington Boulevard and Harry Street.  In January 2016, Jimmie’s Diner West opened at Tyler and 21st Street. Jack, Linda and Joe continue the commitment to high standards and serving the Wichita area. A far cry from the eight-stool hamburger stand of the ’20s, one thing has never changed: the dedication to service and quality.

This place was rather disappointing.
https://www.metropursuit.com/2018/08/in-search-of-wichitas-signature-dish-does-chicken-fried-steak-represent-the-air-capital.html